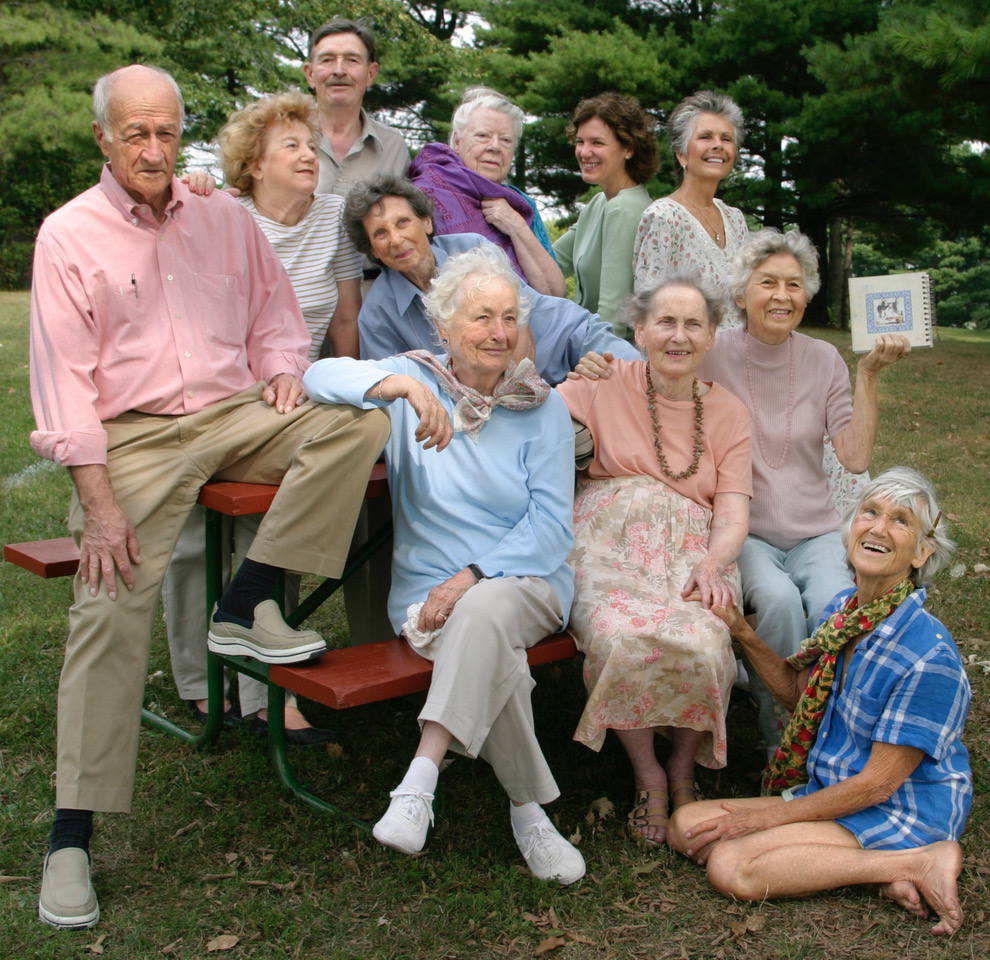 The Truth Is Out—Aging Can Be Fun

When I taught a class in memoir writing to a group of octogenarians, mostly women, I was amazed to discover how happy they were. Age 55 at the time, I certainly thought of myself as being in a more desirable stage of life.

Yet I remember them saying things like, “I remember when I was your age—I still thought I had to run around working hard to feel happy,” or “Now I don’t have to do anything I don’t want to do,” and “This is the best time of my life.”

I was amazed at how comfortable they were in their own skins. Every Wednesday morning for two years, they wrote unabashedly not only about their life triumphs but their grievous mistakes and their failed love affairs. They weren’t afraid to be themselves, wrinkles and all. They weren’t shy about raising their voices, to say what they loved and hated, what they believed in and what they feared.

This made my job as the workshop leader easy, because the hardest thing to teach anyone is to be honest and transparent in your writing—to not be afraid to reveal yourself. They understood that their own authentic voice was the only one that anyone cared about hearing. Basically they were a whole lot of fun to be around, and you can get a flavor of that in their book of personal essays, Being Our Own Heroes.

I thought of these women when I read the exuberant opinion piece by clinical psychologist Dr. Mary Piper in the New York Times: The Joy of Being a Woman in Your 70s. If you’re in midlife or older, I urge you to read this now. It’s a joyful ode to aging as a woman in America, and it turns every preconceived notion on its head.

According to Dr. Piper, women in their 70s and older share some common traits:

In other words, many women in their 70s experience more freedom than ever before to be their true selves. I guess my question is—why wait until we’re 70 for that to happen? What if younger women could also find that inner freedom, that ability to “listen to your heart and act in your own best interest” while still fulfilling the needs of family and demands at work? Does that sound impossible?

In a sense, Dr. Piper is describing a degree of self-actualization, a way of being in the world, experiencing its constant change, losses and gains, but keeping your inner life intact. A way to build resilience and fortitude in the face of life’s challenges.

Becoming wiser with age may be one way to achieve that kind of resilience—but another way is to tap into the quiet well of peace and strength within you at any age. Millions of women have shown that this is possible by practicing the Transcendental Meditation technique.

Actress Katy Perry, 34, has been practicing TM for over five years, and says it’s the best thing she’s ever done to bring more creativity, positive energy and peace into her life. She says: “When I feel tired, tense, scared or depressed, I meditate. It clears my mind, and makes me feel more relaxed and happier.”

Oprah Winfrey, 65, learned TM a few years ago and got her staff to do it too. “And you can’t imagine what has happened in the company, people who used to have migraines, don’t,” she says. “People are sleeping better, they are having better relationships and they are interacting with other people better. It’s been fantastic.” About herself, she says that she becomes a 1000% better person when, through TM, she can bring herself in touch with something greater than herself.

And that group of writers I taught so long ago? They all practiced the Transcendental Meditation technique, which they said gave them an extra dose of youthfulness. For them it was a way to enjoy freedom from the aging body’s aches and pains, a way to see the purpose and joy in life despite the loss of many friends and family, a way to retain their creativity and clarity as they aged.

“Meditating is absolutely wonderful for older people because it opens up life,” said Dorothy Mullenneaux Beal when she was embarking on a second marriage at age 86.

For some of these women, TM had helped them stop smoking. For others, it kept them calm and their blood pressure low. For all of them, it kept their brains active, their neurons firing, and their prefrontal cortex intact so they could enjoy an expanded sense of self, a sharper memory and the neural connections that lead to wisdom and a broader perspective.

As Dr. Piper wrote so beautifully, “By the time we are 70, we have all had more tragedy and more bliss in our lives than we could have foreseen. If we are wise, we realize that we are but one drop in the great river we call life and that it has been a miracle and a privilege to be alive.”