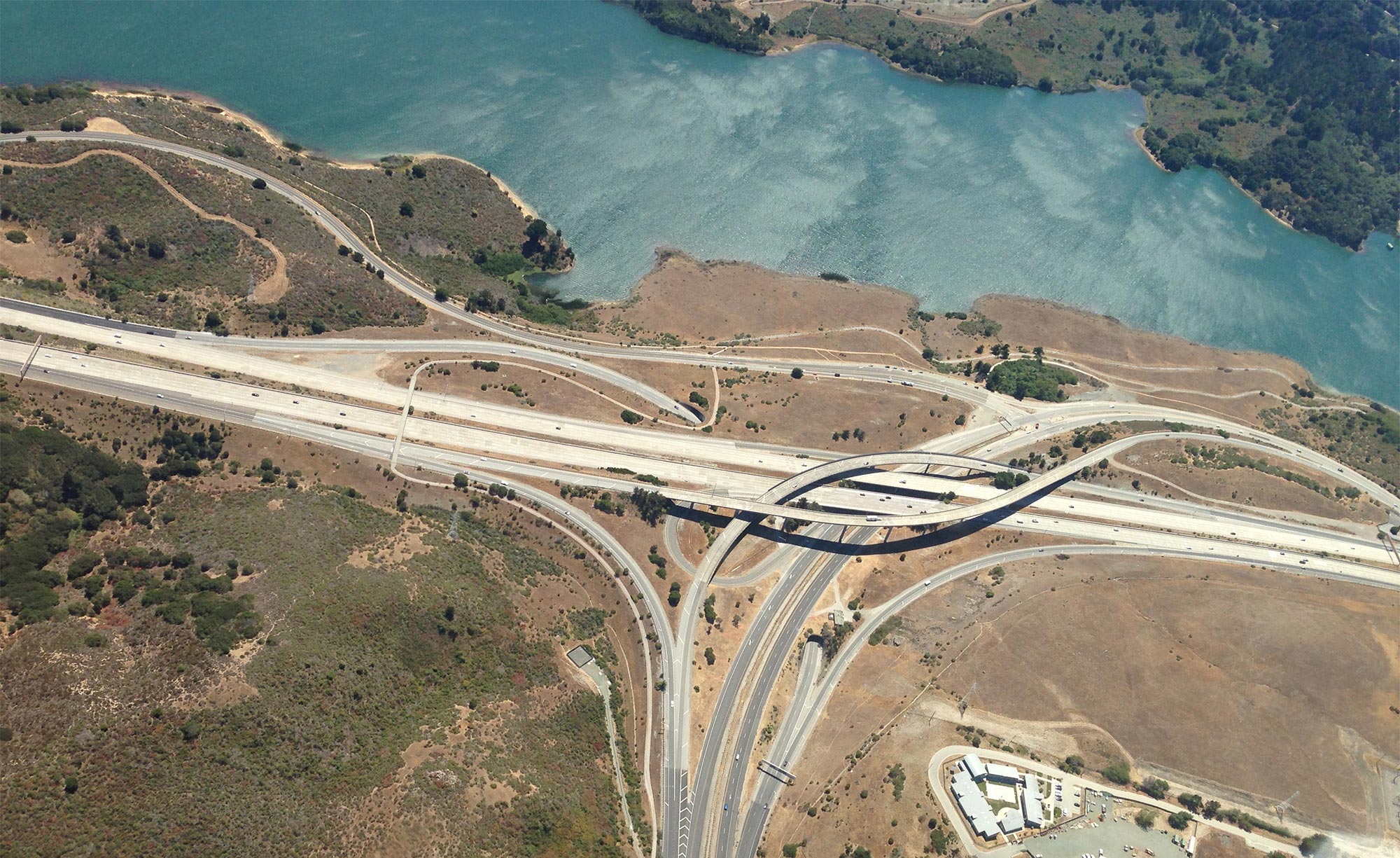 On a sunny day in October, Esther Fontaine, age 54, is talking to me while parked inside her 1999 Ford Expedition, her smiling face framed by short, efficient hair. She is in Illinois and I am in Iowa, but she has her cell phone pasted to her dashboard, and I can see her clearly on Skype. I feel like I’m perched on her windshield, peering into the clear blue lake of her eyes.

Esther looks comfortable in the driver’s seat. She recently completed a year driving ten-to sixteen-hour shifts as an over-the-road truck driver—all while enrolled as a distance education student in a master’s degree program.

“It’s an extremely challenging life physically, but it was beautiful because I got to drive through every one of the lower 48 states,” says Esther, who has worked as a professional commercial driver for 34 years, driving transit buses in the San Francisco Bay Area, charter coach buses in Montana, and school buses, limousines, taxis, and trucks in Illinois. “I could listen to the course lectures while I was driving, more than once, and that way the information would really sink in. I’d catch the key points in my head and when I’d stop for my mandatory D.O.T. break, I’d write out my notes. And at the end of the shift I would write up my homework, which usually meant an academic paper once a week.”

The fact that Esther earned top grades while on the road would be an interesting story all in itself, but the university she attends is equally unique. At Maharishi University of Management in Fairfield, Iowa, all the faculty, staff and students—whether on campus or not—practice the Transcendental Meditation technique. Esther was able to fit in her twenty-minute TM sessions twice a day while stopped for driving breaks. She says that making TM a part of every working shift, regardless of the time of day or night, allowed her to experience peace within despite the stress of driving long shifts.

“It’s not hard work physically, but you have to stay awake,” she says. “When I’d do my Transcendental Meditation, I’d get revitalized, and that would give me the energy to get through the second half of my shift,” she says. “TM would keep me peaceful and calm, so when things got a little crazy on the road, I wasn’t screaming and yelling at people. I was more aware of my surroundings, clearer in what I was seeing, and much more relaxed in what I was doing.”

The few times she missed her TM sessions, Esther noticed a change in her driving right away. “I’d be much more irritable and I’d ask myself, Why am I so cranky today? I love my job. And then I’d think, Oh, it’s because you didn’t do your Transcendental Meditation today, that’s why.”

An employee she hired to travel with her asked, “All this stuff that goes on in life, how are you so calm about it?” and Esther replied, “It’s because I practice Transcendental Meditation. Haven’t I been telling you about it?”

As a sensitive child in a home rife with domestic violence, Esther would hide in a closet with a stack of books and a flashlight and read for hours until it was safe to come out. When she was seven years old, her mother bought the family an Encyclopedia Britannica from a door-to-door salesman. It took two years, but Esther read the entire 32-volume set during her closet hours.

That was also the year she started her spiritual quest. Even though her parents and four siblings had no interest in religion, the pastor across the street gave her a ride to his church each Sunday. When she didn’t find answers there, she kept looking.

“I wrote to the chamber of commerce in different cities asking for tourist information,” she remembers. “They’d send brochures about the churches in their city, and then I’d go to the library in Portland, where we lived, and study them. I attended summer camps for the Mormon church one week, the Jehovah Witnesses another week.”

As an adult, she spent a short stint as a police officer and correctional officer, then became the first member of her family to attend college. She earned dual Bachelor of Science degrees in Criminal Justice and Sociology but became disillusioned with how little she could actually help people and ended up driving buses for a living.

And she kept on searching for answers.

By the time she was in her 40s, she had read sacred texts from Buddhism to Zoroastrianism and researched 400 churches, religions and sects. She had learned so much, yet still felt so far away from the inner peace she was seeking.

By 2012 while living in Illinois with her life partner, daughter, two stepchildren, and a step-grandson, she suddenly found herself at her breaking point.

Esther describes it as a nervous breakdown. “I had a step-daughter who had been murdered the year before in Joliet,” she says. “I started abusing alcohol and pills and there was violence in my own home. And I was like, I was raised in this, this is not how I want to live, there has got to be something more to life than just this. And I was crying out to God for an answer.”

She first found support through the Landmark Forum, which helped her expose and end the abuse in her home, eliminate the use of pills and the out-of-control drinking. But she was still seeking.

“My relationship broke up within a few months following that point and so I was at ground zero with starting over,” Esther says. “I started reading about three books a month on personal growth and development that would help me grow as a human being.”

She remembers telling her daughter in the spring of 2016, “I think I need to go back to school because there is something in me looking for more information.”

A while later her daughter was visiting her boyfriend in Fairfield, Iowa, where Maharishi University of Management is located. While on a random drive (divine intervention Esther calls it), her daughter came across the campus of MUM. She Googled the school and immediately texted Esther photos of the campus, writing, “I think I’ve found what you’re looking for.”

“That’s why I say Transcendental Meditation found me, I didn’t find it,” says Esther, her face opening into a wide smile. “Because with all of my searching, I had been spiritually primed to find a higher level of knowledge. And TM was what I was seeking—it has changed my life.”

Esther found that all the belief systems she’d been studying since childhood started to fall into place once she learned how to experience inner peace through TM.

“From a young age I knew there is a higher power, I knew there is a God,” she says. “And as I grew older and learned more, I realized that everyone was languaging God with a different title, a different name. But we were all looking for the same thing—which in essence is our Self because we are all the expressions of this beautiful ocean of pure consciousness, as we experience in Transcendental Meditation. So, when I took the TM course, I was like, Oh, I’ve always thought that, and I’ve always known that, and that makes perfect sense to me.”

She especially resonated with the extensive scientific research on the mental and physical benefits of TM, presented in the first introductory lecture. “For me I needed a scientific correlation to a spiritual reality—it was what I was looking for my whole life,” she says. “And when I started reading all the research studies on Transcendental Meditation I was like, Wow, they can actually measure your brain activity and see it while it’s happening inside? I was flabbergasted. I didn’t even know that kind of scientific research existed.”

Esther finds that TM helps her to deal with the problems that still pop up. “One of the ways TM helps is by relieving fear,” she says. “As I started to practice Transcendental Meditation I felt that this is what people did before there were any religions or political systems, getting in contact with the breath of God that is inside them. And when you get connected to that, it relieves fear of death. It relieves stress in a different way. When you are tapped in to the powerful energy of creation, you understand that you don’t have to be afraid of anything.”

Esther had a chance to test her newfound courage when she faced two family tragedies this past summer—which resulted in her taking guardianship of her 17-year-old grand-niece and quitting her over-the-road driving job to provide a stationery home for her. But she had a bad credit rating and couldn’t get a mortgage to buy a house.

“I said to the universe, ‘this is what I need,’ and somehow it came to me that my friend was foreclosing on his home in Illinois and I could buy it with no money down,” Esther says.

Now Esther works as a driver locally and does her distance education classwork in the library while her grandniece attends high school.

Somehow Esther’s new home is an important part of her vision of the future. She recently told her daughter, “I am going to name this house the “International House of Contribution.” She says that means “contribution in sharing, educating and contribution in philanthropy.”

Esther wants to reach out to survivors of domestic violence and addiction by telling her story. She has already contributed to the book I Mastered Failure but Look At Me Now alongside Johnny Wimbrey and Jack Canfield, and would like to write a book of her own. She and her daughter also envision speaking together to help others.

“I am at the stage of my life where I want to create a legacy of change,” says Esther. “At some point in your life you are going to make a choice to make an intentional shift. Because inside of intention is where the vibrations begin and the universe rises up to meet you. So I have always wanted to have an opportunity to share my story in a venue where the power of it could help other people change their lives. And I don’t mean change in a Band-Aid kind of personal development way, but in a transformation of the human construct, where a person could come to Transcendental Meditation and go from out-of-control violence to unbelievable peace.”

As Esther says, it doesn’t matter where you come from, it matters where you end up. And a recent conversation with her daughter brought home to Esther just how far she’s come.

“My daughter is going to Montana to visit her step-sister, who was raised in my home when I was drinking too much,” Esther says. “And on the phone my step-daughter said to my daughter, ‘Is your mom still a lunatic, crazy like she used to be?’ And my daughter later told me, ‘Wow, I forget how it was when you weren’t normal and peaceful.’”

“All this change happened since Transcendental Meditation,” says Esther. “And so my daughter is looking forward to going to Montana and being able to say to her step-sister, ‘My mom is not that way anymore.’ And it’s true. I have become a completely different human being.”