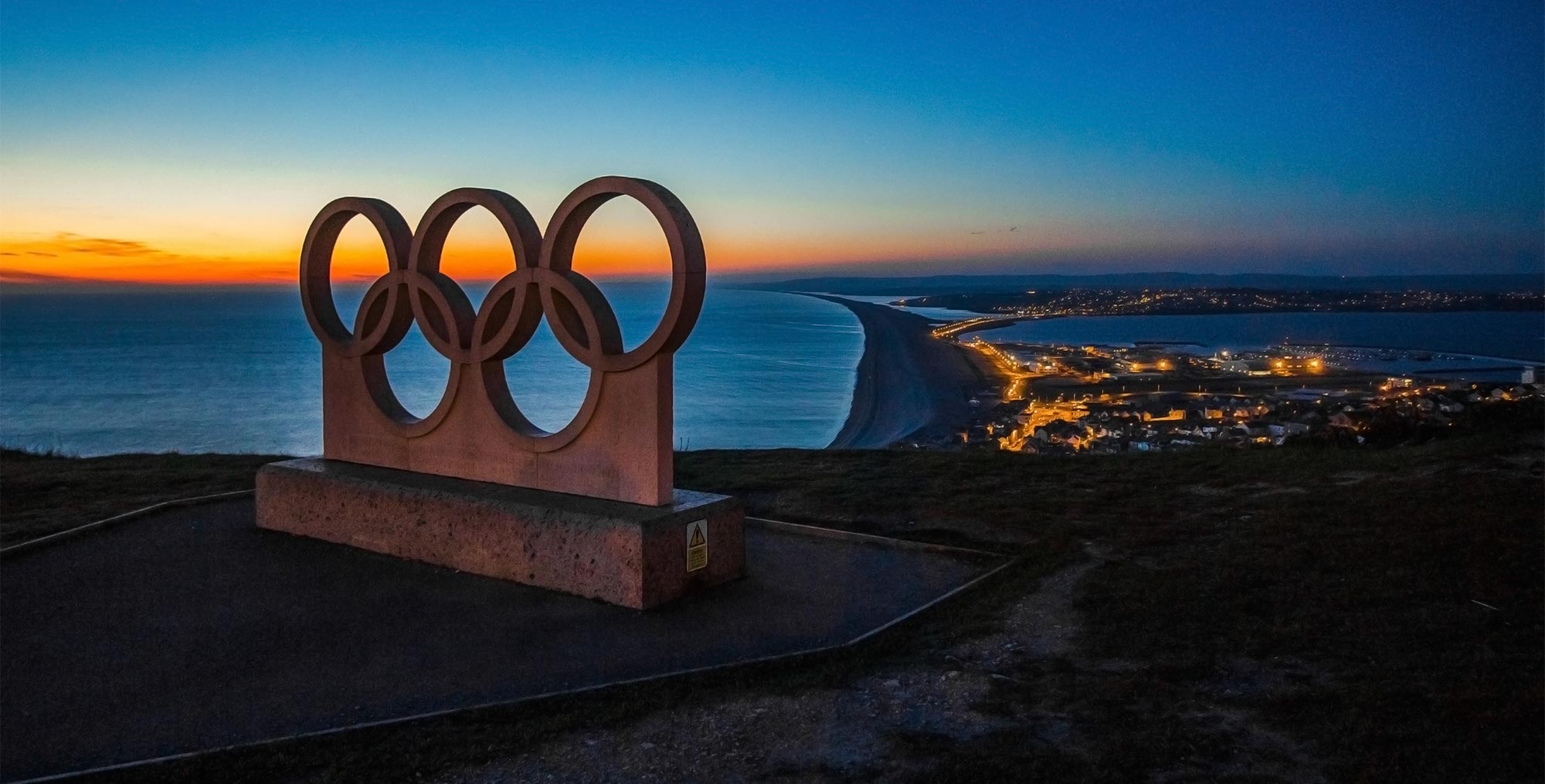 Hannah Robertson has the worst schedule a 14-year-old could imagine. Most mornings she’s up at 4:15 a.m. for swim practice in her hometown of Johannesburg, South Africa. Back at practice and strength training after school every afternoon, she tumbles into bed by 7:00 p.m. With a schedule like this, she doesn’t have a lot of time for friends or fun.

Yet by her own assessment, she’s a happy kid. In fact, she feels like swimming practice helps her cope with the trials of being a teenager.

“I’m used to my schedule now so it’s OK,” she says with a smile. “Plus it’s nice to come to practice when I’m not having the best day. It makes me happy to swim and I don’t have to worry about all those other things.”

Hannah’s discipline and focus is paying off. She’s already number one for her age group in the junior division in South Africa. At age 13, she began competing in the senior division against much older elite swimmers and world champions and is ranked #4 there. Now she is training hard for the 2020 Tokyo Olympics.

“I’m excited to train each day because I have a goal that I want to reach,” she says. “And I really enjoy swimming.”

The talented middle-schooler spends her weekends studying and—you guessed it—swimming. With a schedule like that, you wonder how she has time to also practice the Transcendental Meditation technique, which she learned when she was 11.

“TM helps me a lot with focusing for races and my training and that type of thing, and also school,” she says. “I’m not falling asleep in class now. And my grades have gone up. My mother is really happy about that.”

“It helps a lot with stress and helps you stay focused and concentrated, especially with a sport,” she points out.

And then there are those other parts of life, like getting along with siblings. “My brother and I used to fight all the time,” she says. “Since I started TM, we get along great.”

Hannah started swimming at a young age, encouraged by her mother, Amanda Hunter-Beckinsall, who coaches younger swimmers in Johannesburg. Then one day when Hannah was 10, Amanda told Hannah and her brother that she didn’t want to pressure them into doing a sport if they weren’t interested in it.

Hannah’s brother chose to quit swimming, but Hannah wanted to continue. Up until then she had been working with a different coach, but at that point Hannah started working with Dean Price, and that was her turning point.

Coach Dean Price has his own story to tell. “My mom was a swimming coach so from a very early age, I was around swimmers,” he says. As a young boy, he was the junior swimming champion for South Africa. And like Hannah, he was already winning in the senior national championships at age 13.

But by the time he turned 18, a surprise diagnosis of muscular dystrophy ended his competitive swimming dreams. “They said there was no real treatment for it,” he says. Fortunately for Dean, someone recommended Transcendental Meditation, and what happened next was nothing short of miraculous.

“TM halted the whole process of the disease,” he says. “For me that was the first sign that here is something that really works.”

With his life back on track, Dean became a TM teacher at age 22, in 1982. “My medical doctors in Johannesburg couldn’t believe how powerful TM was in halting a disease for which they had no cure, and so they started sending their patients to learn TM from me,” he says.

Dean returned to swimming, only this time as a coach. “The muscular dystrophy stopped me from being a competitive swimmer, but working as a coach allowed me to continue my passion—from a different perspective.”

Through his club, Mandeville Dolphins, Dean coaches elite swimmers who compete in the Olympics and para-Olympics, such as Natalie du Toit, whom he worked with from 2008 to 2012. Considered the most decorated para-Olympian of all time, with 13 para-Olympic gold medals in a variety of sports, du Toit also qualified for Olympic competition, placing 14th against able-bodied swimmers in the 10 km race at the 2008 Olympics in Beijing. In 2010 she won the prestigious Laureus World Sports Award, which is often called the “Oscars” of the sporting world and has honored top athletes such as Serena Williams, Tiger Woods, and Simone Biles.

In addition to all this, Dean serves his country as the High Performance Manager of Swimming South Africa, the governing body of aquatics in South Africa. In this role he works to get kids and adults all over South Africa swimming and competing.

Dean says some of the swimmers he coaches are from the townships, some come from financially well-off communities. Some live outside of Johannesburg and have to be driven 60 kilometers each way to swim practice twice a day.

“When they step into this environment, as far as I’m concerned their background is irrelevant,” he says. “Once someone comes to you, the job of a coach is to give them the best possible opportunity to perform the best they can do. I want to offer something that’s rewarding in their lives.”

For Dean, the “something rewarding” means offering the TM technique as part of their training. He estimates that 40 percent of his elite swimmers opt to learn TM. As we chat on Skype, he’s roaming the patio of the new TM Center he recently established in Johannesburg to teach his elite swimmers.

Dean teaches TM to his swimmers himself, and he certainly has stories to tell. “I’m just thinking back to one of the first swimmers who learned TM from me, so he could improve his mental focus,” Dean says. “Craig Jackson was a young boy when he started with me in 1987, and by 1992 he competed in the Olympic games, the year of South Africa’s first re-entry into the Olympics. He competed well and now is one of the top coaches in Australia.”

One of Dean’s biggest success stories—just prior to the 2016 Olympics in Rio—involved swimmer Michael Meyer, who had gone to Singapore to train with Sergio Lopez, who was the head high performance coach there. “Michael was swimming well but he wasn’t doing what I thought was his full potential,” says Dean. “He was getting injured, and it just wasn’t going well. So I suggested that he come back to South Africa, not only to train but to get into a good space by learning to practice TM, which he did. He ended up not only qualifying for Olympics, but came in 14th in the games.”

Dean explains that TM is especially helpful to these elite athletes because for Olympic trials you only get one chance. The trials are held on one day only, at a specific time.

“So you have to be able to rise to the occasion and perform at that moment,” says Dean. “I think TM gives one the opportunity to think and act with a mind and body in total coordination. Many athletes talk about being in the “zone.” This experience of the “zone” is what TM gives you, where you are totally calm, but your awareness is heightened, and allows you to function at the highest possible level, with the least amount of effort. For me, that was one of the most fantastic things to see and experience—that it can actually transform someone to be able to perform at their highest potential.”

Dean stays coach-cool, but you can feel the excitement in his voice when he says, “You can’t believe how powerful TM is in transforming people. Everyone loves the dream of a better life. This is what TM does. It puts you in that space where you can do these incredible performances. And I think that’s the most amazing thing.”

Dean says TM can also help an athlete get back on track when something happens to derail their training. As he says it, “Sometimes you have this person with great potential but they fall apart because something happens in their life. For instance, Mandy Loots was a three-time Olympian swimmer I coached and then there was a tragic death in the family. She was not coping, not able to keep training the way she wanted. After she learned the Transcendental Meditation technique, six weeks later she was performing on the highest level by world standards.”

Dean estimates that about 12 of his current elite swimmers who are training for the 2020 Olympics practice TM, including Hannah Robertson.

“One of the great things about Hannah is her mental ability to be focused and perform when she needs to perform,” he says. “And that I attribute to TM. TM gives you a level of focus and the ability to step up to another level. I think that’s one of the huge advantages for an athlete.”

Dean spends most of his day with teenagers, and he understands that it’s a difficult time in someone’s life. “If you’re going to be successful on this level, you need to keep your self-composure and identify less with peer pressure and social standing,” he says. “TM gives an athlete the strength to pursue his or her own dreams, and not be subjected to outside influences, social standing and stuff like that.”

Dean says that when his swimmers learn TM, they just want to be better in their sport and in life, and are surprised when it allows them achieve goals beyond their expectations. “Your self image improves to such an extent that you go far beyond what you ever thought you could achieve or dream to achieve,” he says.

Having practiced TM since he was 18, Dean says it’s had a big impact on his coaching as well. “The biggest thing in coaching is to be level-headed and clear-thinking, so you make informed decisions and are not clouded by emotions,” he says. “I think TM puts you in such a positive framework, so you naturally are seeing their positive qualities and reminding them of that. You create a structure in the swimmer’s thinking that they’re good. And I think that’s the art of being a really good coach. Only when you are in a state yourself where you are calm, positive, and seeing the good can you impart that thinking to someone else.”

Hannah agrees. “Dean sees me on another level,” says Hannah. “He sees something in me that my other coach didn’t see. He has a lot of hope and faith in me that if he trains me hard he can get me somewhere.”

Does Hannah think Dean is different kind of coach because he practices the TM technique? “I think he’s a lot happier,” she says. “When he comes to training he seems happy to be coaching.”