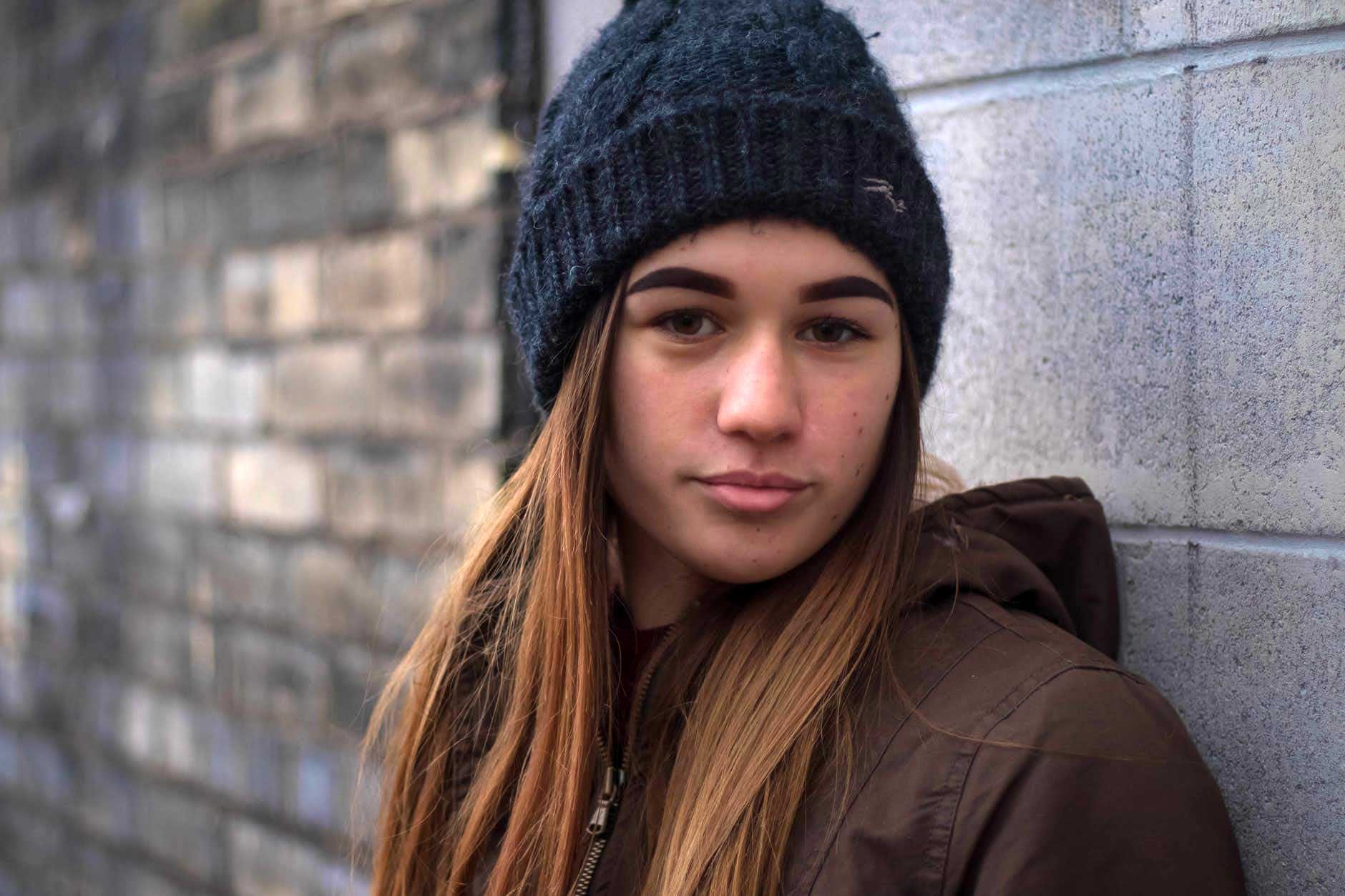 How to Help an Emotional Teenager

Imagine the perfect situation — you get several years with free room and board, and all living expenses paid. You can spend all of your time learning, exercising, growing, and socializing. Your physiology is young and healthy, and you are flush with friends. It’s a perfect world. This is an idealized description of high school in America, but unfortunately this is far from what most people experience during their teenage years.

If you’re anything like me, high school (and middle school while we’re at it) was fraught with countless emotional experiences. There were the crowded school lunches, sitting at a table with the awkward, nerdy kids like me, wondering how the popular kids managed to make peace with their adolescent bodies and had all the right clothes. There were the hours spent trying to tame my curly hair, buying clothes that didn’t fit, getting crushes on guys who didn’t call. So much time spent watching jets flying overhead and wishing I were on them, leaving exploding hormones and emotional pressures on the ground. We all know this picture too well, since we’ve all been there.

It’s worse now. With 24/7 cyber-bullying, texting, posting, the constant counting of Instagram likes, and so on, the crowded lunch room is now sitting right on your teen’s bed, all day and all night, and it hurts. More and more teens today need serious guidance and sometimes professional intervention. There’s a spike in teenage depression—six percent in boys and fifteen percent in girls. Girls have double the risk for depression than boys.

How can we help? The answer lies deep inside your child’s brain.

As teachers and doctors scramble to help today’s teens, they’re finding that it’s not just changing hormones that make it hard for young people to manage emotions, but major changes in the adolescent brain. In their book, Dharma Parenting: Understand Your Child’s Brilliant Brain for Greater Happiness, Health, Success, and Fulfillment, Dr. Keith Wallace and Dr. Fred Travis describe how the executive portion of the brain, the prefrontal cortex, doesn’t come fully online until age 25. That means for a teenager, the emotive areas of the brain are firing, but the rational area up front that gives balance and direction is still developing. Too bad, because high school is a time when it would really help to have that prefrontal cortex revved up. That part of their brain is missing, so it’s no wonder teens often make bad decisions.

As a parent, it’s hard to see your teen suffer. And when emotions are flaring, it’s tempting to start finding solutions for him or her. Your first thought is, “I will help you fix this.” After all, as an adult, the rational part of the brain is operating just fine. As we all know (Disclaimer: my husband and I don’t have children, so I suppose I should be saying, “As you all know. . .” ), this approach doesn’t work. Eyes can roll. Attitudes can go from bad to worse.

In an attempt to assist parents, teachers and counselors to help the teens in their lives, psychologist Lisa Damour recently wrote “How to Help Teens Weather Their Emotional Storms” in the NY Times. She shares a simple yet profound technique she learned from a Dallas school counselor, who sees lots of emotional teens in her office. The counselor keeps a jam jar filled with purple glitter and water in her office—a homemade version of the snow globe. When faced with a distraught teen, the counselor shakes the jar, sets it on the desk and says, “First, let’s settle your glitter.”

Damour immediately realized that the swirling glitter was a perfect model of a teenage brain in upset mode. She decided to try it herself with the kids she counsels back in Ohio. She was amazed at how well it worked. Once the emotional teen took time to settle her feelings in the safety of Lisa’s office, a greater perspective opened up, and the teen was able to suggest a way forward herself. So instead of Lisa giving suggestions that likely would be rejected, the teen herself was coming up with solutions.

Protecting Your Teen from Emotional Storms

But alas, your teen isn’t always going to be near a caring adult with a snow globe handy. More than anything, you want her to feel strong in the face of emotional challenges, help her to become more resilient to stress. In a perfect world, you’d like her to be able to calm herself when a crisis hits, to let her glitter settle, to let her brain reach a state of equilibrium before the distress becomes too great. Ideally you want her to have equilibrium long before a crisis strikes.

This is where Transcendental Meditation may play a vital role for your teen. As Dr. Travis (who raised three girls with his wife, Nita) has shown, Transcendental Meditation reduces activity in the amygdala, which is the body’s fight/flight/freeze response. The amygdala is active when the body senses danger. Unfortunately, many teenagers perceive danger in the lunch room, over at the cheerleader’s table, and it goes on from there to the hallways and classrooms, on to the school bus—and now via social media disturbs the sanctity of their own bedroom.

No wonder your teenager is emotionally spent—it’s hard to defend yourself against so many perceived threats. Eventually the amygdala can’t switch off. With TM practice the amygdala settles down and the activity goes to the prefrontal cortex, which is like the CEO of the brain, the part of the brain that makes decisions. Better decisions.

Transcendental Meditation helps the swirling glitter in the brain settle down. There are many forms of meditation available these days, but many of them have the reputation of being difficult. If the mind is not relaxing during meditation, just sitting there could be a challenge. There is still glitter, which means lots of thoughts spinning through the head. This is where Transcendental Meditation differs. With TM, the mind feels charmed by the experience, quickly becomes more settled, and time passes quickly. Young people, even children, find it easy to do.

EEG readings show that during TM the brainwaves become more rhythmic and orderly, moving in phase with each other, which is called EEG coherence. As a result, your teen will find her mind settling. Research studies show that TM has a positive effect on grades and family relationships, and helps alleviate anxiety and depression.

Settling Your Own Brain Helps Too

Transcendental Meditation can also play an important role for you as a parent. From that quieter place, you can connect with your teenager more effectively. “You have to connect to that place within yourself that knows your essence, knows that you come from love,” said supermodel and TM practitioner Gisele Bündchen in a Vogue article. “That, I think, keeps everything joyful.”

This is vital. As Bündchen explained further, “As a mother, you’re always giving. It’s important to give something to yourself, so you can give from a place of being full, instead of giving from a place of being depleted, which isn’t healthy for you or for the family.” She says practicing TM is like putting your oxygen mask on first, then helping your child with theirs. The calmer your mind is, the easier it is to relate to your child as a human being first.

Recently my husband and I watched a long movie with my pre-teen goddaughter, her teenage brother and parents. They all practice TM. The parents were sprawled out on the couch, the kids more or less on top of them, their dog somewhere between. Most of the time was spent just being together as equals. It reminded me of the Mr. Rogers’ quote, “I like you just the way you are.” To be truthful, there was some parenting going on here and there, like, “No, no, let the dog have some space.” If I had to put a number on it, I’d say it was 98% being together and only 2% parenting.

This kind of relaxed time spent together forms the foundation of a healthy relationship, which ideally should be well established long before a crisis brews. In this situation the parents are appreciating their teen as a person, without trying to improve her. This kind of unconditional love is what teens want, and why they sometimes prefer to spend time with their teen tribe, who will treat them as equals.

If you are able to create this kind of non-threatening environment as the norm, when the storm strikes, it’s more likely that your teen will be able to listen. 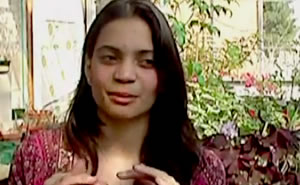 Women and Girls Tell What TM Does for Them