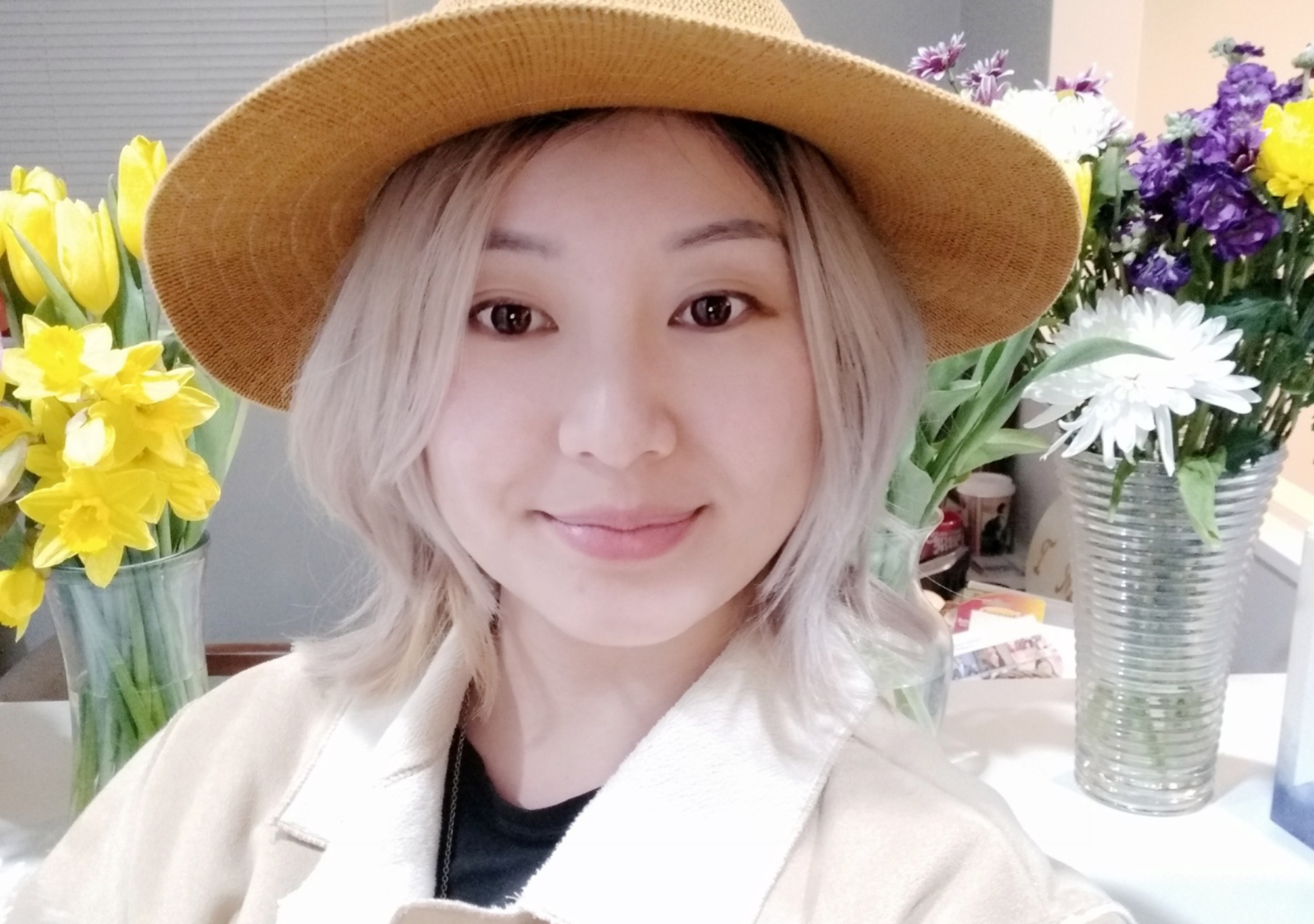 Like many female veterans, Fei Fei Chen joined the US Army as a newly minted high school grad to see the world and serve her country. That was in 2001, and today in 2019 she is still trying to process the experience.

Deployed to Iraq as a paralegal specialist, Fei Fei served in a combat zone with a military police unit. “On a daily basis, I saw a heavy level of contact, such as explosions, fires, vehicle accidents, and gunshots,” she says.

Fei Fei says she didn’t experience post-traumatic stress disorder (PTSD) when she was in Iraq, because there she was surrounded by army comrades and friends who were like her brothers and sisters, all working on the same project with the same goal.

“It was when I came home in 2005 that things became surreal,” she says. “I had a big crisis, dealing with the loss of friends in deployment. I also had begun to question the purpose of the war and no longer wanted to support it.”

She spiraled into depression, and found it difficult to explain to her family the anger and frustration she felt. But even then, she didn’t seek out help for her PTSD. Her upbringing in China propelled her to keep achieving, working two part-time jobs and going to school fulltime. After five years she graduated with a degree in economics and lined up a lucrative corporate job in Boston.

“It was all high stress,” she says. “I was very type A, and I did everything to make my family proud. It was go, go, go—constantly non-stop.”

Then in 2015, with the suicide of a good friend and the death of her grandfather in China, her carefully constructed world came tumbling down.

“I freaked out,” she says. “I was barely 30, but that’s also when I realized there was no way I could keep up this pace for 20 or 30 more years.” She quit her job and became a yoga teacher, educating herself to use food and herbs to detoxify her body and exercise to cope with her binge-eating and drastic weight gain.

“I learned about holistic approaches such as juicing and fasting, and applied what I learned to regain health and balance,” she says. “I was able to cope better at that time.”

For the first time in her life she took time to take a trip with friends, learned to cook, and experimented with painting, writing, and photography.

“In China, where I grew up before moving to the US during high school, we were expected to study hard, get a job, work hard, and sacrifice ourselves,” Fei Fei says. “It’s not about being your creative self. That was something very frowned upon. It takes a lot of courage to admit that you are also these things, and you are capable of seeking these things. Now I find it so gratifying just to sit down and paint or prepare a meal. It’s so helpful for my mental health, better than any medication.”

But the yoga and the creative pursuits didn’t cure her PTSD, which she continued to struggle with over the years, self-medicating with alcohol. Her contact with the VA was sporadic, and it wasn’t until 2018 that she started getting help for severe PTSD episodes.

“I was dealing with depressive feelings, messed-up focus and memories as well as weird sleep patterns and weird stomach issues, all of which the doctors at the VA could not explain,” says Fei Fei. “I was chronically late to appointments and felt awful about it. I drank excessively to numb myself. Other times I had anxieties about going to crowded places that caused damage to my social life, bursts of anger or breakdowns that destroyed love relationships. I’ve survived four panic attacks.”

Fei Fei says that she was going to the VA hospital four or five days a week for all sorts of treatments, tests, x-rays, MRIs, and for drawing blood every week. “They were trying to figure it out,” she says. “They were as curious as I was. They have a lot of tools, but nothing helped with my PTSD.”

Then a friend told her about the Transcendental Meditation technique and she signed up. “Since the first week I felt a calming in my anxiety level and in my mood,” she says. “I felt a difference in my focus. I was able to complete tasks. I was able to follow up with all my appointments.”

Fei Fei calls her TM practice a gift from the universe. “I’ve stopped drinking,” she says. “I have zero craving. I just decided to stop cold turkey one day. I don’t miss it. I joke that I lost a bunch of friends because I don’t go out anymore. One day you make a small shift and your life completely changes.”

Female veterans like Fei Fei are twice as likely to experience PTSD than their male counterparts. There are several reasons for this. Women are more likely to experience sexual assault, and sexual assault is more likely to cause PTSD than other traumas. In addition, NIH research indicates that women experience a longer duration of PTSD symptoms, and have stronger reactions to traumatic events. Other research suggests that the female brain may be more susceptible to stress, depression and anxiety. Plus female veterans are the fastest growing segment of the veteran homeless population.

Fei Fei is just one female veteran among many who have been able to turn their lives around by practicing the Transcendental Meditation technique. And their experiences are backed by research.

A number of prior studies have already demonstrated the positive effect of Transcendental Meditation in reducing PTSD symptoms, including significantly decreased stress levels, better sleep, reduction in substance abuse, and less depression and anxiety.

In the study, 203 veterans were randomly assigned to either Transcendental Meditation, Prolonged Exposure, or a PTSD health education control group. The findings indicated significant reductions in PTSD symptoms and depression for the TM group as compared to health education. More importantly, it showed “non-inferiority” between TM and Prolonged Exposure, which means that the Transcendental Meditation technique was found to be comparable to the VA’s gold standard in reducing PTSD symptoms and depression.

“PTSD is a complex and difficult-to-treat disorder that affects 10 to 20 percent of veterans,” said Sanford Nidich, EdD, Director of the Center for Social-Emotional Health at Maharishi University of Management Research Institute and the study’s principal investigator. “This trial provides evidence that Transcendental Meditation, a non-trauma- focused therapy, is a viable option for decreasing PTSD symptoms in veterans.”

This is good news for veterans with PTSD, because an estimated 30-50 percent fail to show clinically significant improvements when participating in Prolonged Exposure therapy. Drop-out rates can also be high, ranging from 30-44 percent.

“These relatively high dropout rates with exposure therapy may be due to the discomfort and anxiety sometimes reported by patients,” says Dr. Nidich. “Therefore non-trauma-based treatments such as Transcendental Meditation will benefit patients by offering them a greater range of first-line treatment options and by serving as an alternative treatment strategy for those not responding to exposure-based PTSD therapy.”

Calm and Quiet Inside

Dr. Nidich reports that those learning TM generally experience self-reinforcing benefits such as calmness, quietness, less stress, greater clarity of mind, greater focused attention, and improved sleep within the first days or weeks of practice. He says these benefits may be related to positive changes in brain functioning.

“There are a number of published studies showing that TM improves brain functioning,” he says. “Research shows increased coherence, or orderly functioning, especially in the prefrontal area of the brain (responsible for higher order processing and decision-making) during and after the practice, Overall there is an increased level of brain integration, which may contribute to a greater sense of physiological stability and emotional well-being.”

A case history published in the Lancet Psychology research study also points to this experience of increased calm and quiet:

Ms. K., currently 32 years old, is a Navy veteran who was diagnosed with military sexual trauma. She explained: “Shortly after my Navy career I began to experience many difficulties in my well being, It all began with an onset of paranoia and escalated to full blown PTSD. I would drink alcohol to excess to numb the pain of loneliness I felt from isolation. I was afraid to venture out of my house or drive or do anything that included interaction with people.”

During the first TM instructional session, Ms. K. reported that her practice was “easy,” “peaceful” and “pleasant.” and over the four-day course of instruction she experienced feeling “calmer.” She explained: “Through TM I began to trust, blossom, and most of all I began to heal. I began to come out of my nightmares and face the battle I had ahead. I began to attend the sessions faithfully, I began to drive and I started community college. I got the courage to apply for a job in a hospital. This program has given me my life back.”

Dr. Nidich mentions another plus for the TM technique: once a veteran is instructed, they are self-sufficient and can practice it wherever they are in the world without the help of an instructor. “Consistent with military culture, TM is reported to be self-empowering, and can be practiced just about anywhere at any time, without the need for specialized equipment or on-going personnel support,” says Dr. Nidich. “The effortless, non-trauma-focused nature of the practice may contribute to treatment compliance, which is key to gaining maximum benefit from the practice.”

In other words, when something is easy to do and makes you feel better, you are more inclined to continue the practice.

Fei Fei Chen agrees. “I think what makes TM different is that it’s easier to get into. You don’t have to sit in a certain way or breathe in a certain way. I can do it any time, any place.”

But she says the best thing is how she feels after she meditates. “I become so calm and centered and that stays with me when I interact with people throughout the day,” Fei Fei says. “Nothing really stresses me out, even if it’s a stressful situation. I feel at peace with myself.”