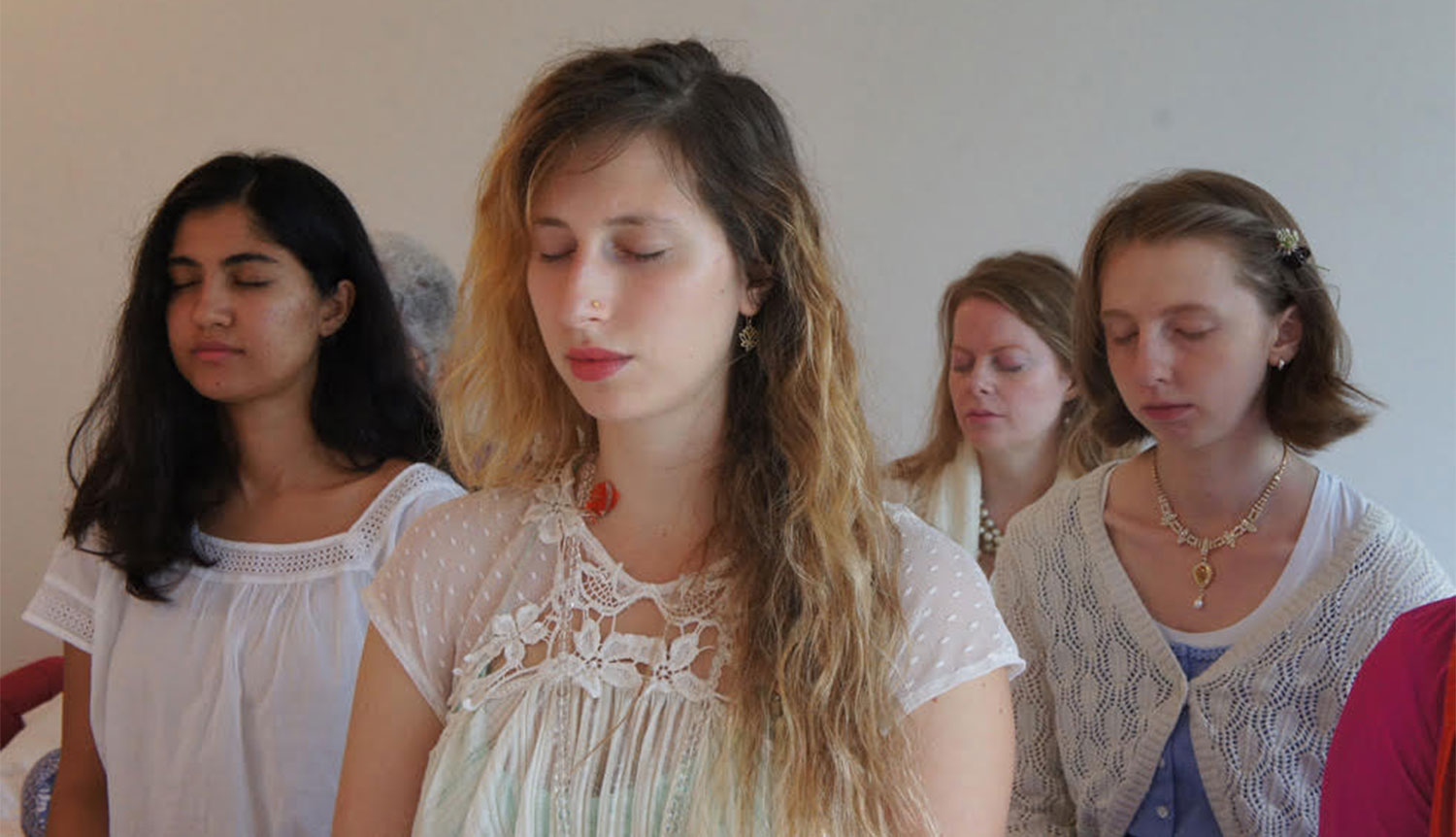 In Part I of this article, we looked at the rising influence women are having in the world today. We learned that there is a program comprised of large groups of women around the world who practice Transcendental Meditation and the advanced techniques of the TM program together in a group to empower themselves from within on an individual level. This program is called the Mother Divine Program. Scientific research has found that the nourishing power of inner bliss and coherence generated by the Mother Divine groups has a profound positive effect on society as a whole.

Since 1970, over 600 research studies—340 of which are peer-reviewed—have been conducted on people practicing the Transcendental Meditation (TM) technique, to find out if there are measurable effects the practice has on mind, body, and behavior. The answer is a resounding yes.

In 1974, the scientists doing research on TM discovered findings which led them in an entirely new direction. Scientists investigated 24 cities in the United States in which 1% of the population practiced the TM technique and found that crime rate decreased significantly (24%) the year that 1% of their population began practicing TM.

From 1974 to the present, scientists from independent research institutions around the world have carried out 50 research studies which show that when as small a number as the square root of 1% of a population practice Transcendental Meditation and its advanced techniques together in a group, there is a resulting positive change in the environment in the direction of a more orderly and harmoniously functioning society.

At the same time, positive developments increased: numbers of patent applications, stock market levels, GNP, and other economic indicators—all pointing in the direction of an improved quality of life in those societies as a whole.

This phenomenon has been named the Maharishi Effect in honor of the founder of the TM program who predicted these results over 50 years ago.

The results of these studies have been published in leading peer-reviewed scientific journals, such as the Journal of Conflict Resolution; Psychology, Crime and Law; and Journal of Crime and Justice, and have been presented at professional conferences around the world.

The Mother Divine (MD) group, one of the longest-standing permanent creating-coherence groups in the world, has played an integral role in many of these studies.

A 1984 study showed that when a group of 200 Mother Divine members were living and practicing TM and the advanced techniques of the TM program together in a group in Puerto Rico, 543 fewer crimes per month were committed in that territory. When the group left, the crime rate reverted back to its original numbers. The result could not be attributed to a police vigilance program or to other causes. The results of the study were statistically significant. The statistical probability that the drop in the crime rate could have happened by chance was less than one in one million (Dillbeck, Cavanaugh, Glenn, Orme-Johnson, & Mittlefehldt, Journal of Mind and Behavior, 8, 67-104, 1988).

A second study is now in progress on the effect the Mother Divine group in Livingston Manor, NY, has had on the rate of violent crime in New York state and on the stock market. (Livingston Manor is located approximately 100 miles north of New York City.) Although the details of the study have not yet been published, the results are positive and significant.

Since its beginning in 1981, the Mother Divine Program has grown in influence and scope. Groups of Mother Divine are now located on five continents. The vision is to expand the number of women on the MD program and create seven permanent homes for Mother Divine around the world.

Some women join the Mother Divine Program for a few years in order to lay a solid foundation for fulfilling their life goals—whether in a career, in a marriage or partnership, as a mother, or for realizing yet other aspirations; some women choose to spend their college years at Mother Divine, earning their degrees in a consciousness-based educational system; many women choose to spend their retirement years with Mother Divine. Some women join the program as their chosen profession and remain permanently. Women join for different reasons and stay for different lengths of time, but the common factor among all these women is the profound growth of consciousness which they report takes place while they are there.

Although the program was originally designed for single women who want to focus deeply on inner growth through the practice of TM and its advanced techniques, due to popular demand Mother Divine now offers retreats of varying lengths of time, so all women around the world practicing the TM technique may come and experience the special atmosphere of Mother Divine. This has culminated in large continental assemblies held every six months in the heart of the largest TM community in North America, which is located in Fairfield, Iowa.

June 14 will mark the sixth anniversary of a program called Matri Mandala—TM Women Circles. Matri is Sanskrit for “mother,” the deeply nourishing quality that lies at the core of every woman’s being. Mandala is Sanskrit for “circle,” an invincible continuum.

Every month, groups of meditating women around the world gather for a webinar presented by the leaders of the Mother Divine Program on topics particularly relevant to women. Recently the TM Women Circles in the US have connected with TM Women Circles located on five continents, including countries such as Mongolia, Russia, Lebanon, Ghana, Malaysia, and Nepal, with the number of international TM Women’s Circles growing in number every month. Women from over 25 countries participated in the latest webinar.

As part of every Matri Mandala meeting, women join together in a global group meditation. Many women comment on how unifying it is to be connected this way with other meditating women around the world. They report that the sweet nourishing value of meditating and enjoying knowledge with other women is a support to them until they meet again and has a positive uplifting effect on all they do. Many say they feel that participating in the webinar is like pushing a reset button.

As women continue to expand their role in bringing about change for the betterment of mankind in the outer sphere of life, the programs Mother Divine offers provide an opportunity for women everywhere to dive deep inside their own consciousness and nourish and strengthen themselves from within while linked to or in the company of other women. Connected to the deeply coherent atmosphere of the Mother Divine Program, the bliss and nourishing power within every individual woman becomes exponentially multiplied and radiates throughout the environment to create a world where all can live in an atmosphere of heavenly life on earth.

For further information about the courses and programs the Mother Divine Program offers to all ladies around the world practicing TM, go to: https://www.motherdivine.org/courses/

Ready to learn more? Contact a TM teacher near you.

Colleen Chatterton is a freelance writer living in Cambridge, Massachusetts.