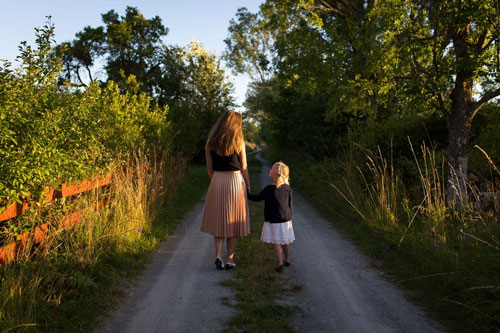 “Listening is a magnetic and strange thing, a creative force…. When we are listened to, it creates us, makes us unfold and expand.” – Brenda Ueland, author and writing coach […] 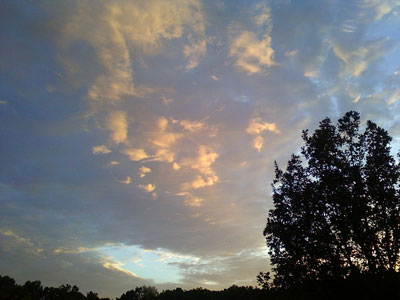 When my father was a young minister and doctoral student in the Boston area, he would listen to weekly radio broadcasts by Howard Thurman, the first African American chaplain at Boston University. Later, my father described to me the clarity and calm in his voice, as if each word was a pearl on a string.

My father considered Thurman to be one of the greatest individuals he knew. He explained that Thurman’s life was devoted to cross-cultural… 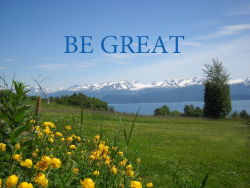 Discovering Greatness: The Luster of Integrity

“Being great has to mean being true to yourself. Real integrity comes with living this truthfulness in everyday life….” ~ Dr. Melanie Brown, educator and author of Attaining Personal Greatness, One Book for Life1

A friend of mine, Ellen, told me about a formative experience she had in the fourth grade. She was one of a group of friends who played a ball game called four square during school recess. This was the so-called popular kids group, and whenever other children would ask if they could join in, they were invariably told no. Each time this happened Ellen felt bad, but she only meekly tried to get her friends to include them. Finally one day, seeing a shy boy’s crumpled look of disappointment, she couldn’t stand it anymore. Ellen insisted that he be allowed to join the game. “No way!” was the response from all the others.

Discovering Our Greatness: Part I Enjoying our Truest Selves

If we made a list of the people we feel are great individuals, our choices would reveal as much about ourselves as the people we choose. We respect qualities in great persons that we ourselves value, that we ourselves hold and uphold. When we see people express great courage, compassion, creativity, generosity, or other qualities we esteem, it resonates; we feel something noble enlivened within. The seed of that quality of greatness is already within us.

This is one of the wonderful insights from Dr. Melanie Brown’s book Attaining Personal Greatness that got me thinking about the topic of “greatness.” Many of the insights in this post are from her book. 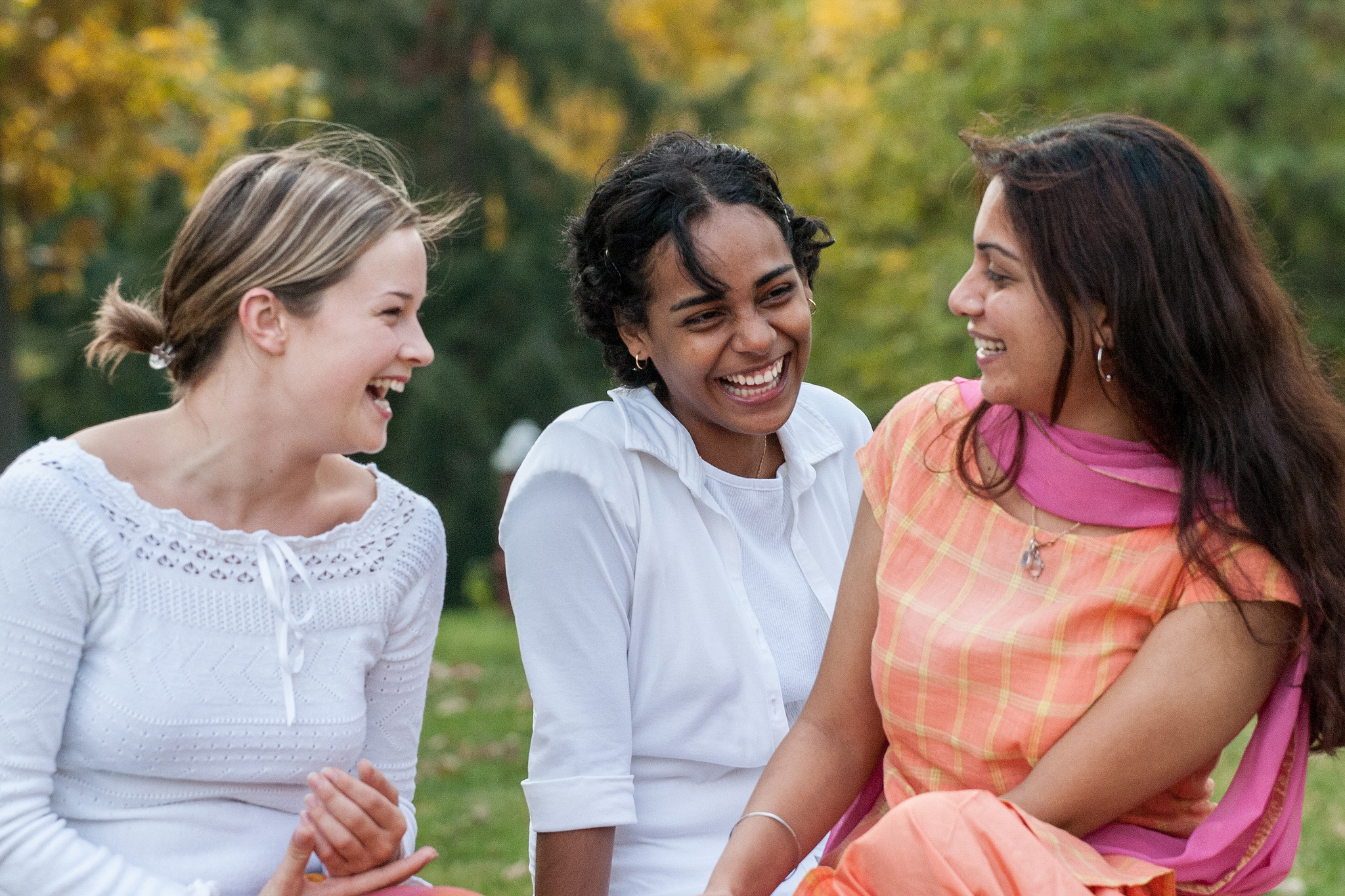 Cultural Harmony through Women and the Five Fundamentals

Last fall at a local college campus, the laughter from a group of diverse students caught my attention. They were from various cultural backgrounds: Hispanic, African American, Asian, European/Caucasian. A young man approached them—large, ebony, with intellectual-looking glasses—and was greeted with surprise and a high five by a skateboarding-toting Hispanic student. They exclaimed that they remembered each other from middle school. I watched as a young Caucasian woman shyly approached the students and was welcomed with quiet greetings. An atmosphere of lively friendliness and harmony radiated throughout the whole area.

I thought— what a refreshing counterpoint to today’s clashes between various cultures in our society!

Joining the Universal Peace Corps: Transforming the World from Within, Part II

Most of us have been trained to view the world from a material perspective, although this outlook is indeed changing. We have tended to think that the only way to cause change is through direct action on the surface level of life—like a billiard ball hitting other balls. But this, modern physicists tell us, is the “old school” perspective in science (sometimes referred to as “material realism”). Science is now revealing with ever greater clarity what the ancients understood : to affect change in life, we must engage deeper levels of nature.

Modern physics explains that our material world is an expression of deeper, invisible fields of existence. Whether we consider the flowers in a garden or the stars in the night sky, a computer screen or the cat jumping in front it, physical matter is not wholly what it appears on the surface. 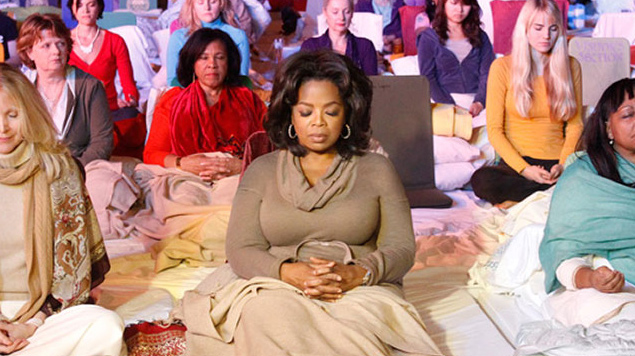 Joining the Universal Peace Corps: Transforming the World from Within, Part I

I realized how relevant this was for my post—relevant to the question many ask today: CAN we possibly transform this world of ours, on a large scale, for the better? Buber’s life was devoted to urging others to realize that this possibility is there each and every moment.

But how? When we want illumination to significant questions, there are three sources we can turn to for knowledge: wisdom of the sages, both ancient and contemporary; modern science; and our own experience. Maharishi calls these the “Three Eurekas.”

The Inner Core of Peace

Mitakuye Oyasin: We are all related (American Indian Lakota tradition);

Vasudhaiva kutumbakam: The world is my family (Vedic tradition)

When I was a little girl, even from within the safe cocoon of my family and friends, it was deeply distressing to overhear the news about negative world events. Raised in a minister’s family where empathy was emphasized, I felt the pain of others intensely, but felt helpless to do anything about it. These days, especially, my heart goes out to children who hear the news. My heart goes out to everyone!

Going Beyond “Darkness” and “Light” into the Silence that Nourishes: A Response to Theologian Barbara Brown Taylor

I was struck by the cover of the April 28th Time Magazine: FINDING GOD IN THE DARK. Beyond Enlightenment: Acclaimed preacher Barbara Brown Taylor argues that strength, purpose, and true faith are found in the shadows.

Having just finished my blog post series on the quest for enlightenment, my immediate response was: What is Ms. Taylor getting at? Do we really need more darkness in our already challenging lives? Why would she—a popular theologian in our troubled world—not be interested in light and enlightenment?

Living in the “Home” of All Knowledge

“Down between the grapevine trellises, which gave her always a still, ordered feeling…there the experience would happen. Mary would be watching the dew slip down the clover stems… and around her would steal a sense of innumerable bright events, of tingling and unattempted possibilities; there would be a sense…of billows coming and going…. As she grew older, Mary began to know the billowing sense…. It came up inside her, she was uplifted with it…there were times when she could discern within it, dimly, the shapes of specific knowledge—all the knowledge in the world….” (Mary Austin, Earth Horizon)

One intriguing phenomenon reported by those who have had glimpses of enlightenment is the experience of direct knowledge of reality that comes from within consciousness, as distinct from our usual modes of learning through the senses and intellectual concepts. The writer Mary Austin, writing above about herself in the third person, had such glimpses throughout her life.